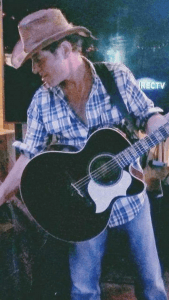 Originally from Chicago. Grew up in a musical environment, my father being a singer Master of Ceremonies who also played guitar. I played mostly rock and roll blues and ethnic Greek music until I moved to Arizona, got a pair of boots and cowboy hat and fell in love with country music.