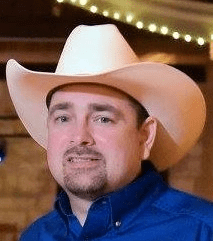 Moving to Tucson from Dallas in late 2017, Ricky Wheelington immediately dove into the music scene, checking out the local talent and venues, instantly falling in love with the city and its music. A lifelong dream was fulfilled when Unwound was formed in early 2019 and the rest is history… hopefully.

Growing up in rural northeastern Louisiana, Ricky was influenced at an early age by local musicians playing bluegrass and country music. Singing along as his mom cleaned house on Saturday mornings or as his father played records by the likes of Willie Nelson, Merle Haggard, and Charlie Rich, helped him further his love for music. While living in northern Louisiana and later in Dallas, Texas, he fell in love with the Texas Country sound. All of these factors influence the song selection for Unwound.

Ricky has been married to his beautiful wife, Ana for 3 years. He is the proud father of an awesome son and a beautiful daughter and has two wonderful grandchildren.